Thirty-three years ago a young man from Evergreen Park who had already earned an extraordinary reputation as an expert on all things mechanical, but particularly vehicle repair and service, and even more particularly transmission work, realized his big dream.

He opened a new car, truck and van service, repair and diagnostic business on busy Mannheim Road just North of Lake Street in Stone Park. He named it “S-O-S Transmissions Company,” a now well known name which really only tells part of the story.

That young man was and is Pete Schmidt and he brought with him besides enthusiasm and energy, a singular vision of what his kind of business could and should be.

A totally professional approach in how business is conducted: Organized, reliable, ethical, and far above the ordinary in quality and value.
A bond of trust with customers, giving them truthful and accurate accounting of what work will be necessary to give them the service their vehicles needed and giving them the greatest value possible while remaining honest about the cost involved.
Excellence from top to bottom, beginning with thoroughly trained and certified technicians who keep up on the latest technology and resources.
Service beyond the norm: Towing, loaner cars, local shuttle service, operating hours far beyond the usual (including Saturdays) and close communication with the customer.

Pete quickly became known as the face and the voice of S-O-S. He himself almost always answers all the phone calls. He himself greets all the customers. He knew people by name, or if they hadn’t been to the shop in a long while, at least he knew their faces. He almost always remembered their vehicles.

And most of all he shared with everyone he met his passion for cars, vans, trucks and all sorts of vehicles (don’t get him started on his own beloved tow trucks) and, for that matter, all things mechanical and how they work.

“Pete’s father told me he has always been this way,” says his wife Sharon, his behind the-the-scenes partner in S-O-S since the beginning. “Even when Pete was a young kid, and I mean the age of five or so, if his parents couldn’t find him they’d know just to look up and down the street for a car hood up. Pete would be there, totally transfixed by the repair work going and and the repair talk.”

Pete’s life led in a straight line to his career. He attended Allied Institute of Technology to get an education in everything there was to know about car repair and servicing. He became a particular expert in transmission work.

He became known for having a sixth sense about vehicles, for remembering cars he had worked on and the work he had done.

His enthusiasm and dedication, and Sharon’s, nurtured SOS into a well-known, much-respected business, a cut above the rest and always ahead of the curve. It wasn’t long before the shop had to be moved to a larger quarters.

And Pete has always retained his fascination and enthusiasm for what he does, despite grueling hours and scant vacations. The joke among his friends is that SOS may have turned 33 but Pete is still 30.

Pete also has demonstrated an extraordinary talent for attracting the best technicians to SOS, most notably Bob Hendrickson, highly trained and highly knowledgeable and as much a part of SOS success story as the Schmidts. Like Pete, Bob is an accomplished pilot.

Most Calls Answered by the owner directly 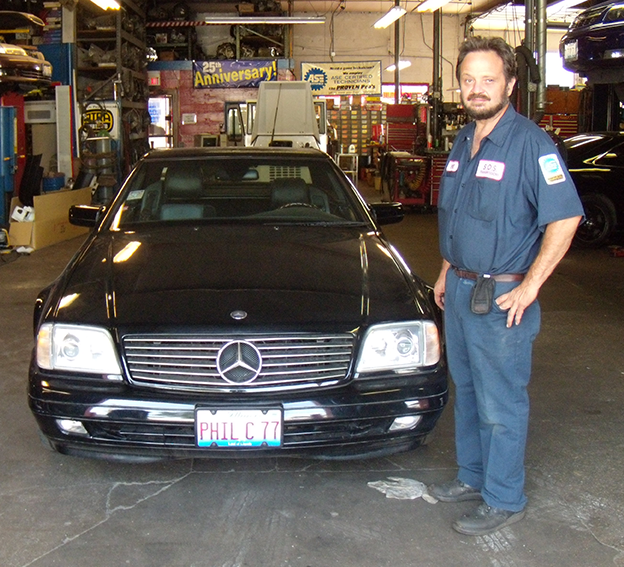 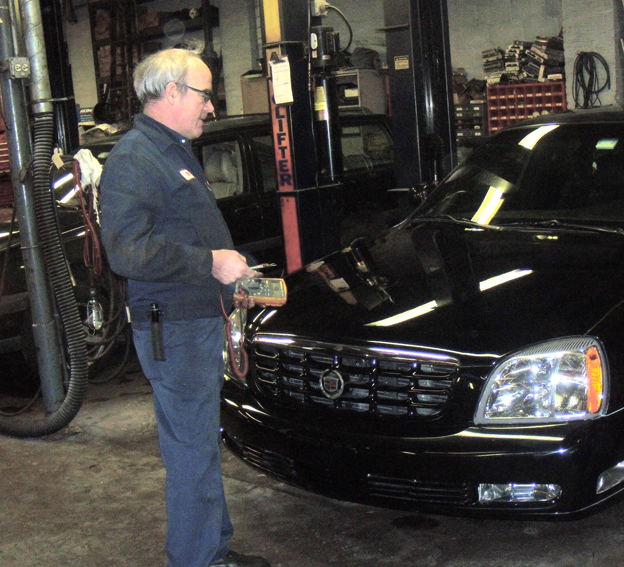 We stand by our work

For qualified drivers while vehicle repaired